skip to main | skip to sidebar

Raindrops on roses...whiskers on kittens...

GAAAH!
I'm snowed under at the moment..I've been feeling under the weather after drinking a RIDICULOUS amount for a friends birthday! And that was last Saturday...I can't even remember half of it!! But while with my friends i had a great time (^-^)
HAPPY BIRTHDAY BELATED FROM THE 8TH LAURA X0X0X 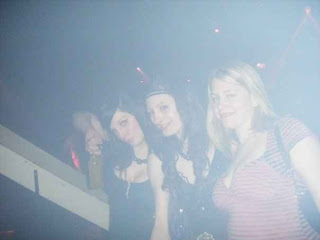 You can tell I'm drunk...my arms all bendy n shit..lol
(we were right near the smoke machine TUT!)

Anyway house moving is still in progress...i think we start moving stuff bit by bit in about a week or two, hence the get together at mine on Saturday..I WILL NOT DRINK UNTIL I ACT A FOOL, But don't quote me on that cause god knows i like to have a few and dance around like a gangster to Hakuna Matata!
Then we have to worry about my mums wedding, i still think my bridesmaid dress is too slutty, oh well...it's not a big fancy wedding anyway, the most important thing is that my mum and her boyfriend are happy.

Something that's been bugging me recently..
.... i know someone who's partner is an asylum seeker, and the court have ordered that he resides in her household and he cant get a national insurance number or work until they've decided what they're doing (basically leaving them in limbo for about 2yrs) and my friend really can't afford to pay for her house on such a low wage..so in this situation you would think she would receive housing benefits right??...WRONG... they wont give her any help because she has someone living in her house who doesn't have a national insurance number!!! Seriously, what kinda catch 22 is that!!?? As far as i can see the state should be giving her money to have this man staying with her rather than him staying in a prison for years until the decision is made... Someone with authority to do so needs to have a look at that subsection and correct it...one law is telling her he has to reside with her the other is saying she cant receive help with him living there.
what kinda messed up scenario is that!!?
RANT OVER.

I've been helping a friend out recently, I've known Traedonya since i joined myspace and we've kept in touch for about 4 years now, she gave me a ring the other day and asked if i would mind helping out with online promo up until the release of her debut single..so I'm going to give it go! 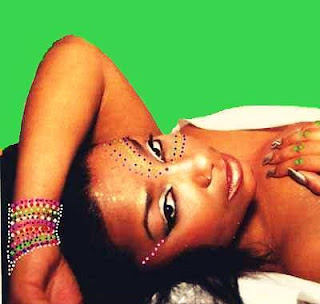 Basically shes a musician from NY who tours ALOT :)
Her new single is called "I'll give it 2 u" and it's got a real Lucy pearl'esc neo soul sound to it (also check out the remix ft Patra) its definitely one to bump in the summer (^-^) and lucky her shes going to be a featured artist on itunes very soon...big things a gwaaan!
Anyway you can find more details on Traedonya here : traedonya's myspace

Peace and love gorgeous
xoxo
Posted by hime_kitty at 06:30 No comments:

Hey
Cant stop to type today, I'm packing everything i used to love into boxes for the charity shop lol.
I'm also selling my shera and heman action figures on eBay..not to mention LOADS of ghost busters stuff!
I was thinking about selling my care bears but i just cant part with them!!!
Anyway i finally sold my high school musical 1 & 2 DVDs and posted them today!..no one need ever know how sad i am!! MWAHAHAHAHA! (that was my evil laughter lol)
Anyway i have to go and carry on sorting through these boxes of toys!
peace out gorgeous!!
Posted by hime_kitty at 12:49 No comments:

I HATE being bored!!
And one way i stop myself from going insane with it is crafts and deco!
Which is obviously something that comes with being hime so i <3 it
(>^o^)> 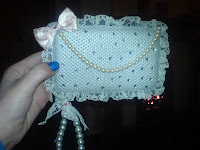 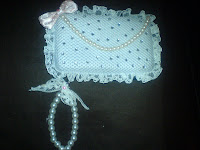 So i pretty much did nothing all day apart from that LOL!
I was supposed to go into the city center with a friend so she could complete some NVQ work but..yea..that fell through cause were both lazy bums! lol

My friend wanted to hear more about my dog foxy,
well..
He's a long haired chihuahua he's 3yrs old, I've had him for about 8months but it feels like forever!!
He's extremely loving and likes to come under the covers with me whenever he's allowed (not when i have new sheets on the bed lol)
I do dress him, but only to go outside when its cold!
He LOVES his carry bag!!! he jumps in it at any chance in hope of going out some place!..infact he jumps in any bag that's laying around lol!
And here is my little Foxy.. 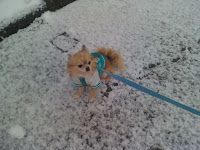 This was taken about 2 weeks ago when we had snow! 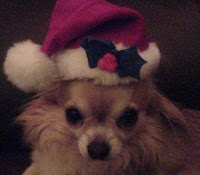 And this is his Xmas picture LOL!!!

Hey home slice,
Well today was an interesting day, i went to see the office me and my mum will be using for our shipping business..its really nice, very modern! I cant wait to get in there and start taking phone calls..and decorate my desk with lots of cute sanrio stuff (^-^) I should start Monday or Wednesday at the latest..aah exiting!! Also went to view the new house again! Lots of stuff i need to get for my room! The theme is of course Hime wonderland/Pink Princess ("-") (And yes I'm aware that I'm 21 and living with my parents, i honestly don't give a damn..i don't pay for anything so its all good in the hood!) Then we went shopping for a while and i found the CUTEST hello kitty Easter eggs, one came with an egg cup and another with a cute wall mountable tin thingy, there was some with a giant hello kitty key chain too for only £2.70 or something so i promptly got one (^-^) 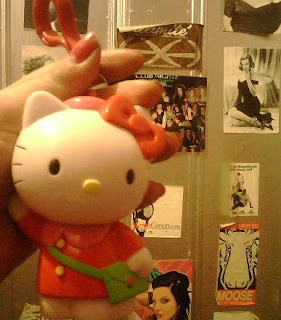 I would have taken a picture in the box but i tore it to pieces as soon as i got home! LOL

I was then required to escort my mums friend to pick up a new laptop...hopefully i will be getting one soon as I'm fed up of having to sit here all the time!! I want to blog in bed!!!
Anyway today was interesting...it kinda scared me how much everything is changing! I mean I've lived in this house ALL my life and my mums been here for 35 yrs!! So its pretty crazy..the moving date is set for around the last week of march, so i have little time to get my pink silk bed sheets and lace canopy, but I'm sure it will all work out in the end!
Oh also i was sitting outside the supermarket with my dog foxy and some kids came over to stroke him (that happens all the time!) and i got a text so pulled out my phone ... 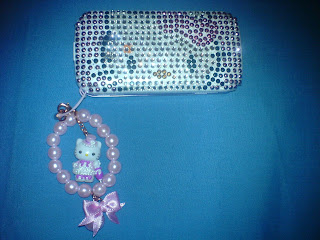 .. and the little boy asked "IS THAT YOUR PHONE??...ARE YOU RICH!?" his mum shouted "CALVIN!!!" then said sorry to me LOL..i was like i don't mind.. really..its a compliment! So apparently nowadays having a chihuahua and a deco phone makes you rich LMFAO damn Paris Hilton spoiling the minds of the young (i would now like to make you aware of the fact that i don't aspire to be Paris Hilton..I'm much classier lol)
So as you can imagine I'm ultra tired now! I need to shower, get a cup of masala tea and rest my head before tomorrow...the day of sorting out stuff for moving.

Blogs and all that jazz

Hey (^-^)
So I'm new to all this!
But everyone who's anyone has a blog so here i am!
Basically I'll just be rambling on like a mad woman 99% of the time..so sorry about that in advance!
Anyway a little about me for those who don't know!
And well....There is alot more where that came from but i must be going to sleep!
Night gorgeous!!
xoxo
Posted by hime_kitty at 19:22 2 comments:

hime_kitty
Hey im new to this thing, i will be editing alot so bare with me (^-^)